Towns & Cities - Through A Lens Clearly 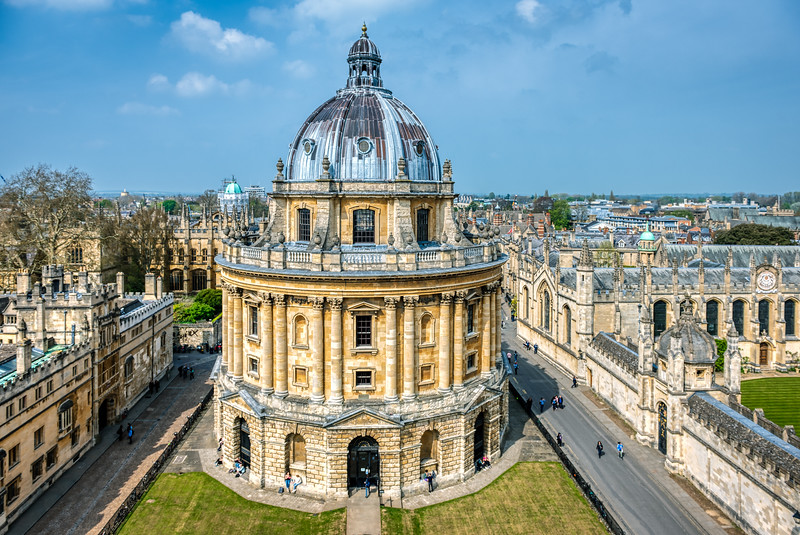 The Radcliffe Camera ('Camera' means room in Latin) was designed by James Gibbs and built in 1737–49 to house the Radcliffe Science Library. It is named after John Radcliffe who attended University College, Oxford and went on to become notable doctor of considerable wealth, attending the likes of William III and Queen Anne.

On his death in 1714 he left £40,000 for the purchase of the site and construction of a building to house both his medical books and those acquired by the University.

Today the building is used to provide additional reading rooms attached to the Bodleian library.